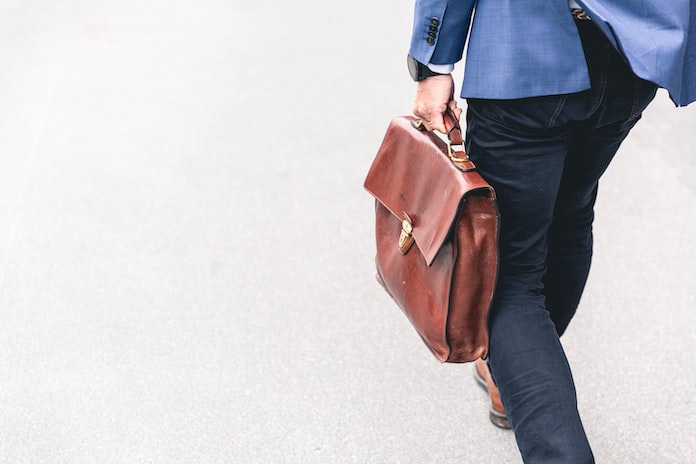 With the latest amendment to the Companies Act 1994, the concept of One Person Company (hereinafter OPC) has been introduced in the entrepreneurial field of Bangladesh for the very first time. Along with many other lucrative advantages, this new recognition provides entrepreneurs legal safeguards along with a chance to get incorporated in the formal economy of the state. This paper will explore the feasibilities of this new amendment if it translates into reality for the entrepreneurs considering the limitations and lack of thoughts put into the drafting of the instrument.

The term ‘One Person Company’ is self-explanatory where one person is the sole shareholder of the company. Any natural person can incorporate an OPC when he is the sole promoter of the company and wishes to enjoy the advantages of a registered company instead of the sole proprietorship. Although OPC is a well-established concept in many countries such as China, Turkey, Sri Lanka, UK, Australia, New Zealand, UAE, Singapore, USA, Pakistan, Nepal; even in our neighboring country India, it is a relatively new phenomenon in Bangladesh.

The ‘Companies (Amendment) Act 2020’ defines one-person company as a company whose shareholder is merely a natural person. The act was amended with a view to strengthening the country’s business and investment environment and improve the country’s position in the ‘Global Ease of Doing Business Ranking’. However, the most crucial objective was to create, enable and encourage entrepreneurs and family businesses to carry out their respective businesses in a formal manner by bringing the existing entrepreneurs of the informal industry under the tax radar and give them access to the advantages of a registered company in the form of financial and business services available in the formal economy.

One of the most lucrative characteristics of OPC to the entrepreneurs is that it makes the monetary and legal liability limited only to the company (not the individual) in contrast to the sole proprietorship where the individual is personally responsible for any liability that occurs from the transactions of its business operations since after incorporating an OPC, the company and the entrepreneur become two separate legal entities. The limited liability provides an environment for the entrepreneurs to have personal freedom and to take the extra risk as well as an additional responsibility. In addition to giving legal protection and tax flexibility, OPC helps the entrepreneurs to obtain monetary facilities from the banks, which will be much more interested in investing in an incorporated institution. The notion of OPC also seems to be the best option for minor enterprises looking at testing the waters as an alternative to the sole proprietorship. Furthermore, it also helps the entrepreneurs get the sole claim over the brand name as a registered company which is significant considering the growth of entrepreneurs and imposters in the online periphery of business.

COVID-19 pandemic, although  inflicted a significant damage to the economy, it has also influenced a sharp rise in the number of entrepreneurs in the country as a blessing in disguise. There are currently more than 1000 startups in the business ecosystem of Bangladesh. A survey conducted by the Center for Policy Dialogue (CPD) suggests that there are at least 2,000 web-based enterprises and 50,000 Facebook-based entrepreneurs in Bangladesh right now. While another study by NewVision claims there are approximately 2,500 e-commerce sites and 150,000 Facebook-based outlets operating in Bangladesh and the market players include 35000 individuals and 25000 small and medium enterprises with total market size of more than $1 billion.

It is to be kept in mind that in 2020, Bangladesh ranked 168th out of 190 countries on the Global Ranking of Ease of Doing Business. This should provide a significant overall idea about the current business environment and its limitations in Bangladesh especially for the ever-growing entrepreneurs who don’t find it easy to survive. Therefore, the introduction of OPC seems like a revolutionary step towards incorporating the incredible number of entrepreneurs in the formal economic arena.

However, the prime question remains as to what extent the provisions of one person company will revolutionize the prospect of strengthening and enrich the economy with more and more small entrepreneurs engaging in this journey.

According to this amendment to the Companies Act 1994, an OPC needs to have a minimum paid-up capital of BDT 2.5 million to a maximum of BDT 50 million. And the minimum turnover for the businesses waiting to be registered as OPC should be BDT 10 million in the immediate past year. The experts are considering the minimum paid-up capital to be too high to encourage any small entrepreneurs to get incorporated and fearing that it will not attract the possible entrepreneurs, as well as the required turnover of 1 crore in the previous fiscal year, seems not so well thought considering the primary objective of the amendments which was to bring the small entrepreneurs from the informal sector under the umbrella of the growing economy of the country. A comparative analysis suggests that most countries don’t have any requirements for paid-up capital and previous year’s turnovers. Furthermore, in the countries which have a minimum paid-up capital for incorporating as an OPC, the number is very low. Asian countries such as India, Pakistan, Nepal, and China have the requirements of paid-up capitals of 0.1 million in their respective currencies where Bangladesh has a significantly high minimum requirement of 2.5 million.

Moreover, till May 30, 2021, after its incorporation for six months, not a single OPC was registered in Bangladesh. The authorities blame the lack of knowledge about OPC as well as the fairly high paid-up capital for this poor response in registering.

Therefore, in line with the current scenario, it is recommended that the minimum required criteria for both paid-up capital and last years’ turnover should be lowered if not abolished since these provisions violate the spirit of the law. Furthermore, as the size of this informal economy is too big to ignore, the requirements should be fixed considering the current condition of the market as well as the global pandemic and should be decided only after taking consultation from the persons who are experts and directly or indirectly affected by these requirements.

Furthermore, to attract the booming informal sector of entrepreneurs, in the budget for the fiscal year 2021-22, the government initiated a tax reduction for the OPC from 32.5 percent to 25 percent. However, the number still seems incredibly high to make any difference and it is suggested that a tax exemption for one or two years or a reduction of tax rate under 10 percent will help the small entrepreneurs to reevaluate their positions and eventually encourage them to be incorporated as OPC.

Many new and existing entrepreneurs in the country often suffer from not getting financial help from the banks. Also, in this time of the pandemic small and medium enterprise (SME) sector has suffered the most, and where in order to sustain businesses the entrepreneurs in Bangladesh are looking for tax benefits, it seems to be the ideal scenario for the government to popularize OPC with tax exemptions and loan incentives. This will certainly help the entrepreneurs survive this pandemic and make OPC a very popular choice in the entrepreneur community.

The report of Dr. J.J. Irani Committee, which is considered to be the torchbearer of the concept of OPC in India, recommended that the entrepreneurs in India should be given an outlet such as OPC to contribute to the formal economy considering the emerging ICT sector and the informal economy around it. This OPC outlet will encourage the entrepreneurs only if they are given proper advantages, exemptions, and lesser procedural hurdles. The situation is relevant in our country considering the widespread use of the internet and smartphones in our country which has risen significantly during the pandemic and it is submitted that only simpler initiatives such as exemptions can manage to attract a bigger sector of OPC in Bangladesh.

Although OPC will need some time to be fully recognized and accepted by the entrepreneurs, it is as a concept that has the potential of reviving the economy damaged by the pandemic. It can also help the entrepreneurs get financial backings who are suffering from insufficient funds. If properly initiated and popularized, OPC can be a blessing for   the country in solving the rising unemployment problems as well as contributing heavily to the GDP and Development. But it is on the shoulders of the lawmakers to give proper thoughts on the requirements of registering as an OPC and make it more user-friendly for the entrepreneurs of the informal sector to get excited about it.  Moreover, the government also should create awareness about the advantages through seminars and promote various incentives to encourage the entrepreneurs to get corporatized.

Cite this article as: Md Shakibuzzaman, 'Evaluating the Prospects of One Person Company in the Rising Entrepreneurial Scenario of Bangladesh' (Bangladesh Law Digest, September 16, 2021) <https://bdlawdigest.org/evaluating-the-prospects-of-one-person-company-in-the-rising-entrepreneurial-scenario-of-bangladesh.html>

Bangladesh Accord Arbitration at Permanent Court of Arbitration: A New Dawn of the Implementation of Human Rights

Starting up a Business in Bangladesh: Legal Mistakes and Recommendations