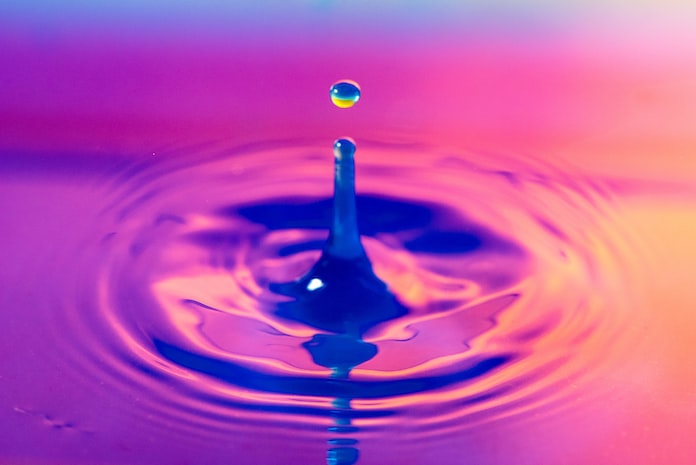 Water, an important element, has a great contribution to human survival. It has both direct and indirect effects on our everyday lives. According to a report by WHO, between 50 to 100 litres of water are needed per person per day to meet the basic needs. Safe drinking water and hygiene are very important to human health and well-being. Drinking unsafe water is dangerous to health as it causes cholera, diarrhoea and other water contaminated diseases.

Right to water has international aspects which have a reflection in the domestic legal arena either in the constitution or in other statutes. It is argued that the human right to water, though found in many international treaties, is a derivative right. It is necessary to know the contents and legal framework of the right to water for better understanding.

Contents of the right to water:

In November 2010, the UN Committee on Economic, Social and Cultural rights adopted its general comment no 15 on the right to water stating that the human right to water entitles everyone to sufficient, safe, acceptable, physically accessible and affordable water for personal and domestic use. Contents that are associated with the right to water are:

That means the right to water denotes not only sufficient water but also quality water. Combination of quantity and quality comprises the right to water. The way unsafe drinking water impairs our health, in the same way inadequate water affects many of our economic activities.

UDHR in 1948, ICCPR in 1966, and ICESCR in 1966 are the major international instruments for the advancement of human rights protection. Article 25 of UDHR is relevant to the right to water which says that everyone has the right to a standard of living adequate for the health and wellbeing of himself and of his family, including food, clothing, housing and medical care and necessary social services. It is argued that a standard of living could not be thought of without an adequate supply of water suitable for drinking.

Neither ICCPR nor ICESCR provides any direct provision regarding right to water. Rather it is a derivative right which can be found and interpreted by the help of article 6 and article 11,12 of ICCPR and ICESCR respectively.

In 2002, the UN committee on Economic, Social and Cultural Rights issued General Comment No 15 recognising a human right to water. Article 1 states that the human right to water is indispensable for leading a life in human dignity. It is a prerequisite for the realization of other human rights. This comment no 15 provides the guidelines for the interpretation of article 11 and 12 of ICESCR conforming the right to water in international law. However, parties to the ICESCR are not obliged to guarantee this right for their nationals, since the comment is a non-binding, and normative interpretation of the Covenant.

At the international level though it is not directly found in the major international human right laws but express provisions are found in many other international instruments and UN resolutions. The Action Plan from the United Nations Water Conference in March 1977 (known as Mar del Plata UN Water Conference) recognised water as a right for the first time. Convention on the Elimination of All Forms of Discrimination Against Women (CEDAW) in 1979 Article 14(2)(h) sets out an agenda to end discrimination against women, and explicitly references both water and sanitation within its text. Convention on the Rights of the Child in 1989, article 24(2) states that states Parties shall pursue full implementation of this right and, in particular, shall take appropriate measures for adequate nutritious foods and clean drinking water for the children.

Furthermore, in July 2010, the right to water as a basic human right was declared by the United Nations General Assembly. However, the general assembly resolution does not have any binding force but the resolution states the moral obligation to recognise a universal right to clean water.

National legal framework on the right to water:

Most of the constitutions formed after 1948 mentioned those rights in their constitution which are found in the UDHR, ICCPR and ICESCR. The International Bill of Rights comprising the UDHR, ICCPR and the ICESCR deeply influenced the drafting of the Constitution of Bangladesh. In Bangladesh, the right to water can be interpreted by both constitutional provisions and statutes. From the analysis of part II (fundamental principles of state policy) and part III (fundamental rights) of the Constitution of Bangladesh, some provisions are found which indirectly provide the right to water.

Article 15 of the constitution speaks about the material and cultural standard of living of the people by securing the basic necessities of life, including food, clothing, shelter, education and medical care. Here in this Article, basic necessities of life are inclusive and it is argued that water is also included. Even in article 18 responsibility is given to the state to raise nutrition and improve the public health which in one sense cannot be done without safe and enough drinking water. However, these articles in part II do not give any judicial remedy to the people if they are not fulfilled.

Unlike part II, civil and political rights under part III of the constitution have been made judicially enforceable and the duty to enforce them, if infringed, is given to High Court Division under article 44 read with 102. Though the right to water as an express right has not been incorporated in our constitution but article 31 and 32 gives a broader meaning of right to life which includes indirectly right to water. Rabia Bhuiyan, MP v Ministry of LGRD and others is a landmark case on this present issue where the Appellate Division of the Supreme Court of Bangladesh observed that failure to ensure access to safe and potable water constitutes a violation of the right to life as guaranteed by arts 31 and 32 of the Bangladesh Constitution. From the analysis of articles 15, 18, 31 and 32, it is clear that the constitution of Bangladesh provides the right to water as a human right though indirectly.

In 2013, special law on water was incorporated, named as Bangladesh Water Act 2013, for management, protection and conservation of water resources. Section 3 of this Act provides the right to drinkable water and water for sanitation. This Act sets up a priority order for water usage in an area where the water resources are in critical condition. This is also a significant step. The priority order as depicted in the Act is as follows: drinking water>domestic usage>irrigation>fish culture>biodiversity>wildlife>instreamflow>industry>salinitycontrol>powergeneration>recreation>miscellaneous. As mentioned earlier in this article, one of the contents of the right to water is that it must be safe and free from any chemical or organic contamination. But this Act failed to address the salinity and arsenic problem in Bangladesh.

It is submitted that neither the major international instruments nor the national laws of our country mention the right to water as a direct human right. But from the analysis of the ICCPR, ICESCR and other international instruments it is clear that the human right to water is included in these instruments in a derivative way. In the same way the Constitution of Bangladesh and the Water Act also provide right to water in a derivative way which by judicial interpretation and pronouncement got a legal basis. It is recommended that due to the current miserable condition of the water around the world, a distinct water right is needed which will create three duties for the state and those are duty to respect, duty to protect and duty to fulfil.

A Legal Analysis on Right to Food and Duty of the State: Bangladesh Perspective

Private Photos Leaked Online: How Can a Celebrity Get Justice in Bangladesh?

Examining the Quota System through the Lens of Constitution

The Clause of “Special Circumstances” under Section 19 of CMRA for...